District at a glance 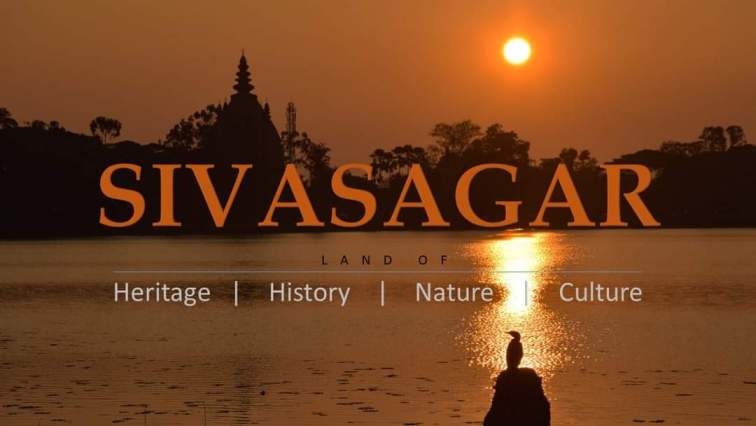 "Sivasagar" -Earlier known as "Rangpur", the historical city of Assam is situated 363 K.M. east of Guwahati (The capital of Assam). Earlier  Sivasagar was the capital of the mighty Ahoms, who ruled Assam for more than six hundred years before the advent of the British. The most remarkable landscape of the town is the 200 year old Sibsagar tank.

On its banks are three temples-- the Shivadol, the Vishnudol and the Devidol-- all three built by Queen Madambika, wife of Siva Singha, in the year 1734. The Shivadol is believed to be the highest Siva Temple in India, having a height of 104 feet and the perimeter 195 feet. he tank is situated in the heart of the town but the water level is above the level of the town.

Joysagar, 5Kms off the Sivasagar town, said to be biggest man made tank in the country, in an area over 318-acres. Sivasagar is also famous for 'Talatal Ghar', and 'Rang Ghar'. Rang Ghar amphitheatre was built by King Pramatta Singha. This two Storied oval shaped pavilion is one of the largest of its kind in Asia.

Modern Sibsagar is a fast developing urban settlement. It is the headquarters of the district Sibsagar, a leading tea and oil producing centre.

One can reach Sivasagar by Air, Rail and Road. Nearest Airport Jorhat is only 55 kms away. Nearest Railhead is Simaluguri (16 km) Deluxe bus services (both day & night) are available from Guwahati and other important towns.

By Train: Nearest Railway junction Simaluguri is at a distance of 16KM from the town.

By Air: Nearest airports are Jorhat(Rowriah) and Dibrugarh(Mohanbari) is 60 KM & 80 KM from Sivasagar respectively.

Sivasagar district enjoys a cold winter and cool and pleasant spring . The district is characterised by highly humid atmosphere and abounded rains .The regular rains of the summer generally prevent the prevalence of the hot weather . After the rainy season the cooler autumn start from October and real cold weather prevails from the end of November and continues till the middle of February . The winter season is followed by the reason of occasional thunder storms from March to May . The Temperature begins to rise from the beginning of March and in July and August it reaches the maximum .

→ Sivasagar is the land of having more than 350 ancient monuments.

→ Rangghar is considered as first Amphithreatre of Asia.

→ Pahugarh was the ancient zoo during Ahom dynasty.

→ Uttaran Jadughar (Museum) is a superlative example of the endeavour of a single person in entire India.

→ Orunodoi, the first ever Assamese news magazine was published from Sivasagar way back in 1846.

→ Namdang Sila Saku is the monolithic bridge over the River Namdang.

→ Maidams are the burial mounds of the Ahom Kings, Queens and Nobles.

→ Central Baptist Church situated at the bank of Sivasagar Tank is the oldest church in North East India.

→ The Assam Asset Headquarter of ONGC is at Nazira Sub-division of Sivasagar.